“Look at the current food system. It’s working the way it’s designed, and it was designed to be inequitable,” says coalition leader Keesa Johnson, who is also the racial equity chair for the Washtenaw Food Policy Council. “You can trace every oppression known to man back to food, because food is the first economy.”

A project called the Washtenaw County Black Farmers Fund (WCBFF) is aiming to make farming more equitable across the county, particularly in the greater Ypsilanti area.

According to the U.S. Department of Agriculture, only 1% of farmers in the United States are Black, and just 0.1% of a 2020 COVID-19 assistance package for farmers went to farmers of color. That’s just one example of inequity in agriculture.

The coalition’s first goal is to raise $50,000 through a GoFundMe campaign to help Black farmers acquire land, pay down debt, buy equipment, improve farm infrastructure, and cover operational costs. As of late September, the campaign had raised a little over $40,000 of that total. Once the initial round of fundraising is over on Oct. 8, a committee will be formed and an application process designed so that five to 10 Black farmers can apply for assistance.

Nunn says FFN’s mission is “creating health and wealth through food,” and the Fair Food Fund is already investing in Black, Indigenous, people of color-owned and women-owned food businesses.

“We’re an organization that has an investment in supporting underserved and marginalized communities, so it was a no-brainer to be part of the Washtenaw County Black Farmers Fund,” Nunn says. “This is an opportunity where we can align our organizational goals to support community goals.”

Coalition member TC Collins says farming can get expensive, especially when there’s a flood, as happened to many farmers in Washtenaw County this summer.

“We lost 90% of our crops twice this year, and that was a big hit,” he says. He also had to pay for farm vehicles, as one was vandalized and stolen and another had the engine go out. “We’re still making it work, growing and harvesting produce, and collecting seeds for next year.” 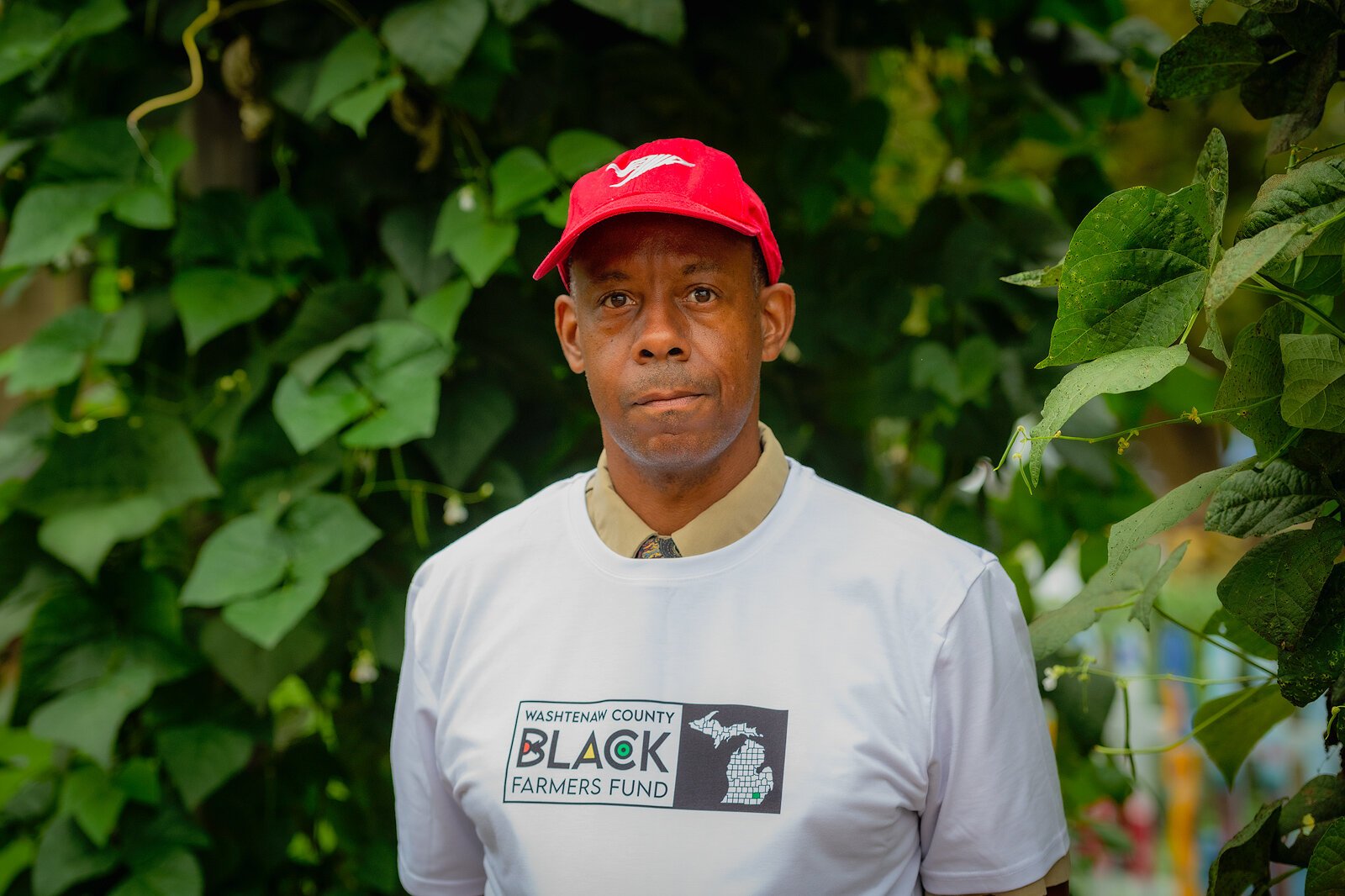 Willow Run Acres founder TC Collins.
But while flooding affected a variety of farmers in the county, other barriers are unique for farmers of color.

“There are severe issues with redlining and digital redlining,” Johnson says.

Redlining is a discriminatory practice that denies real estate, financial, and other services to people based on race or ethnicity. Digital redlining, she says, takes those biases online.

“Digital redlining affects what you see in your [social media] stream,” she says.

Black entrepreneurs, including farmers, may hesitate to have their name or photo associated with their business page, for instance, out of fear that conscious and unconscious biases will affect how much and what sort of support they’re given.

Buzzard says the Black community may also experience psychological barriers that keep them from pursuing a career in agriculture.

“I think that to feel any sort of real welcome or connection with the land, because of our history within this country, is a barrier for a lot of Black folks,” he says. “Specifically, think of slavery. There’s a stigma to having a relationship with the land, or it’s felt to be not a space for people who look like us.” 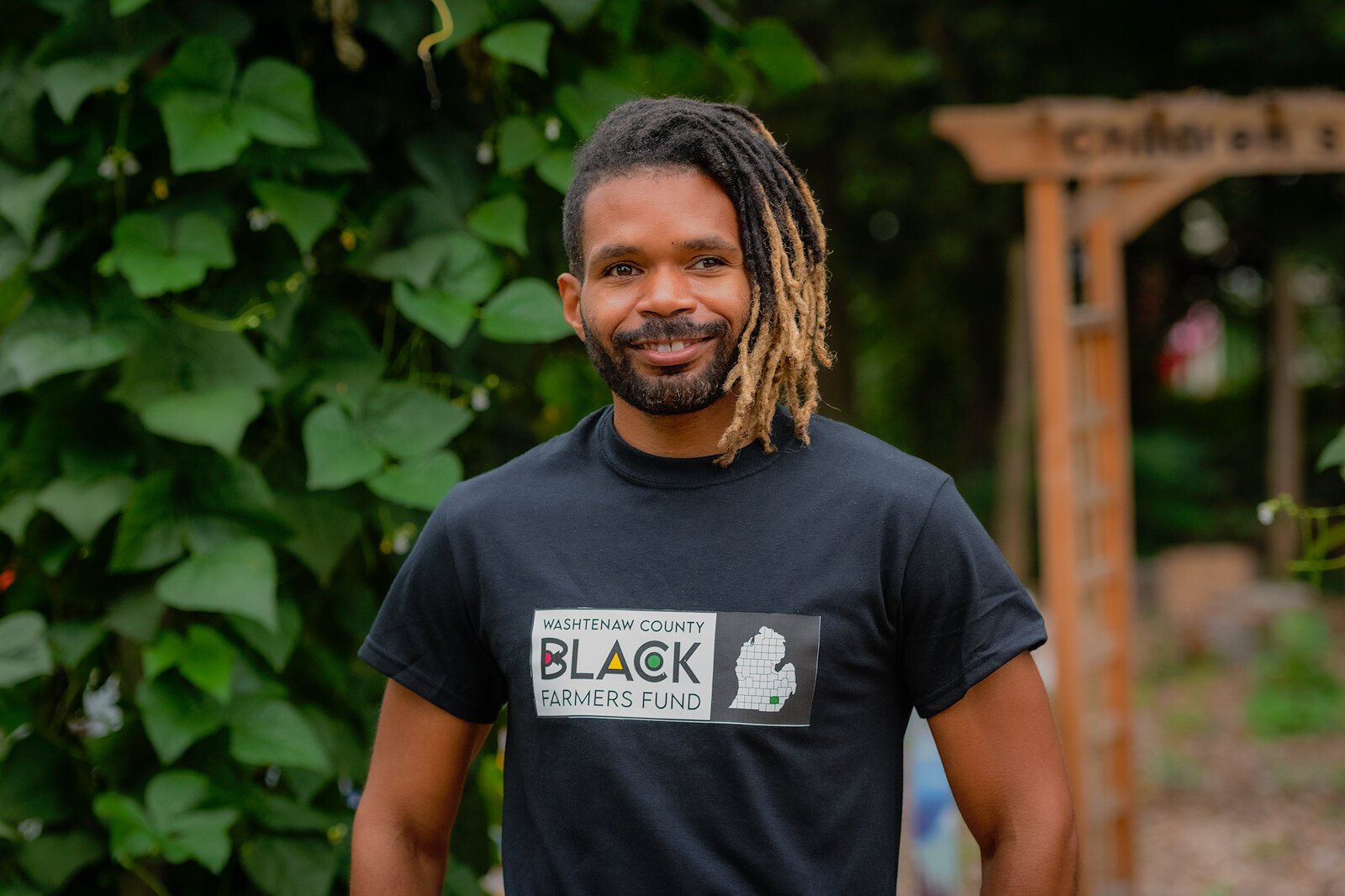 Growing Hope Program Coordinator Julius Buzzard.
Buzzard says the WCBFF was a natural fit for Growing Hope because of the focus on overcoming barriers.

“Growing Hope puts a high value on justice and equality, and has a recognition that racism plays a clear part in the food system, specifically with land accessibility,” Buzzard says. “[This program] has a strong tie to our mission and desire to create a more equitable food system in Washtenaw County and specifically in Ypsilanti.”

“I went to apply to the USDA for funds, and they asked if I had two years of business taxes to show them. And I’d only started up three years ago,” he says. “No one seems to know that if you don’t have a record of business taxes, and you’re trying to start some sort of business in farming, you can’t pull funds from the USDA. It’s about a lack of communication.”

McAllister’s nonprofit, 2Marines, helps former military personnel reintegrate into civilian life and find affordable housing. McAllister would like to use his connections within the WCBFF program to find places for those veterans to volunteer as well.

McAllister says he sees some nonprofits, like Collins’ Willow Run Acres, struggle with a lack of volunteers, while veterans need to build “soft skills” that will help them in civilian jobs. He’d like to connect the two. 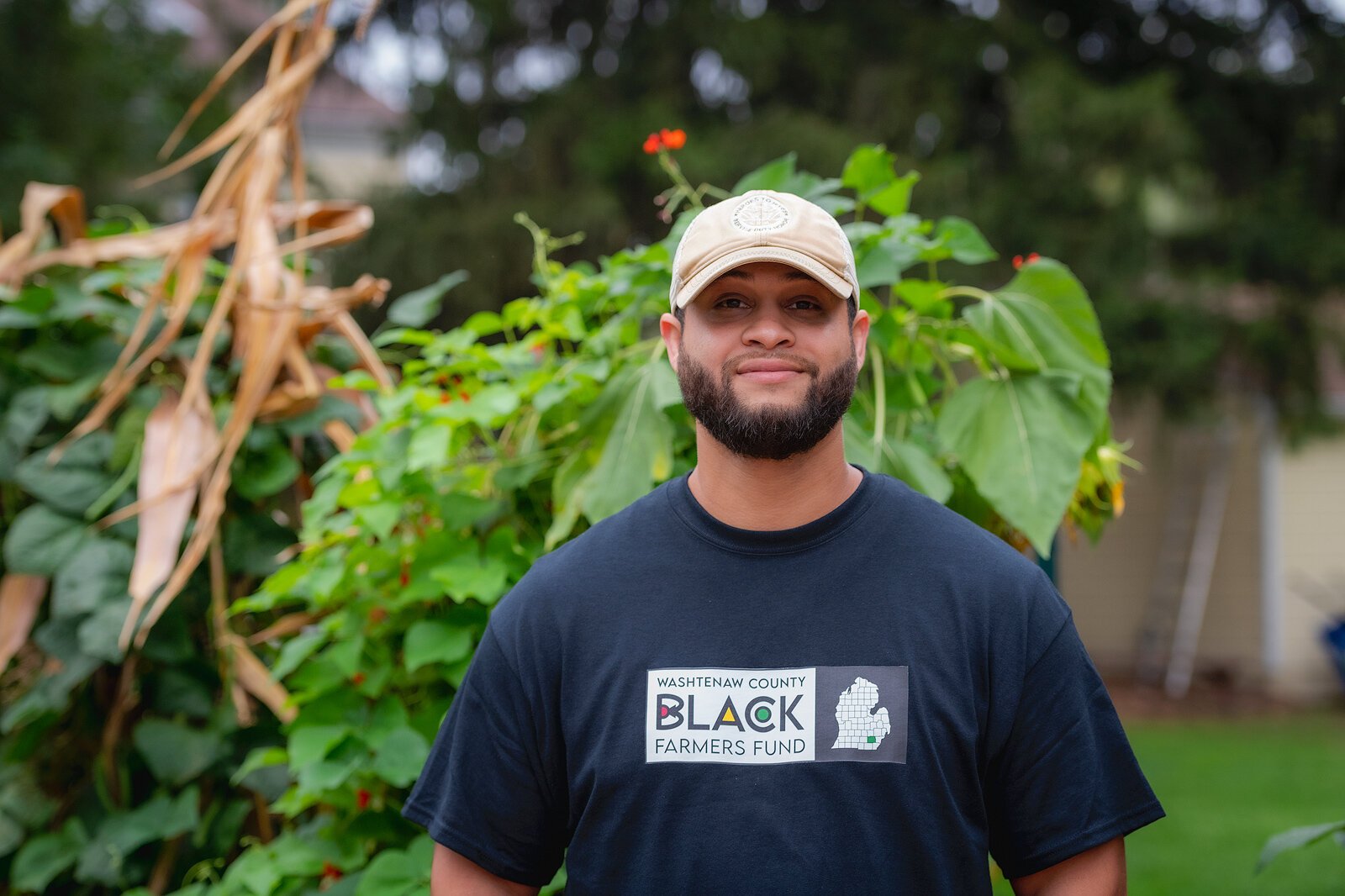 2Marines co-founder Josh McAllister.
“I’m an urban farmer. That’s my area of expertise, so that’s why I’m deploying my veterans into Growing Hope and We the People and Willow Run Acres,” McAllister says.

Collins says he feels a personal connection to the mission of the WCBFF.

“There are not a lot of African-American farmers in Washtenaw County in general. I’m a sixth-generation farmer, and my sons and grandchildren would be seventh- and eighth-generation. I’m trying to keep our legacy, our family line, alive,” he says.

Collins notes that the COVID-19 pandemic exposed problems with the food system and encouraged people to start pursuing hobbies like growing and preserving their own food. He thinks that’s a good thing.

“The pandemic was a lesson for our community and all communities to start growing our own food again, to start preserving and canning – not so much from a survivalist standpoint, but because agriculture is part of our roots,” Collins says.

More information about the WCBFF is available here.

Sarah Rigg is a freelance writer and editor in Ypsilanti Township and the project manager of On the Ground Ypsilanti. She joined Concentrate as a news writer in early 2017 and is an occasional contributor to other Issue Media Group publications. You may reach her at sarahrigg1@gmail.com.

All photos by Doug Coombe.