This is the third in a series of weekly posts highlighting OKT’s Food Justice series. You can download series handouts here for free. 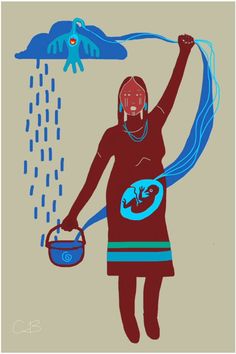 As the media hype around the Flint Water Crisis wound down, the focus shifted to the safety of public drinking water throughout Michigan and lauding charities for collecting and distributing bottled water to Flint residents. A lot of effort is being put into band-aid approaches that do not solve the root cause of the problem. Meanwhile, Flint’s children continue to be poisoned every time they drink, bathe or brush their teeth with tap water.

Although a better alternative than drinking poisoned tap water, flooding the City of Flint with  bottled water causes other problems. For one, the city is now awash with millions of empty plastic bottles. For another, bottled water is a product. Charities and individuals are purchasing this product from corporations like Nestle, which takes water from Michigan’s ground water stores. According to a Feb. 2016 Democracy Now broadcast, “Nestlé, the largest water bottling company in the world, (is allowed) to pump up to 400 gallons of water per minute from aquifers that feed Lake Michigan … in Mecosta County, Nestlé is not required to pay anything to extract the water, besides a small permitting fee to the state and the cost of leases to a private landowner. In fact, the company received $13 million in tax breaks from the state to locate the plant in Michigan.”

(Since first publishing this document on Water Justice, Nestle is proposing to pump ad additional 210 million gallons of water a year from its Mecosta County site.)

While our state and city governments cannot find money to repair our failing water infrastructures, they can afford to give away millions, if not billions, of dollars to private corporations that have convinced us to buy bottled water. Many communities across the country and around the world have sold their municipal water works to private corporations – with disastrous results. In 2011, the City of Grand Rapids considered privatizing its water. Thankfully, Mayor Heartwell declined.

Food & Water Watch has documented these, among other, problems with
privatizing water: 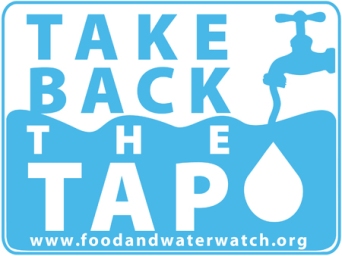 In its handouts, OKT often includes the words, “Healthy food is your family’s right.” We also proclaim, “Clean, harmless water is your family’s right.” This right must be taken by comparing energy providers to find the best fit. If there are options in your are. Therefore, OKT asks you to join with us in demanding that the City of Grand Rapids, City of Wyoming and
Michigan municipalities: