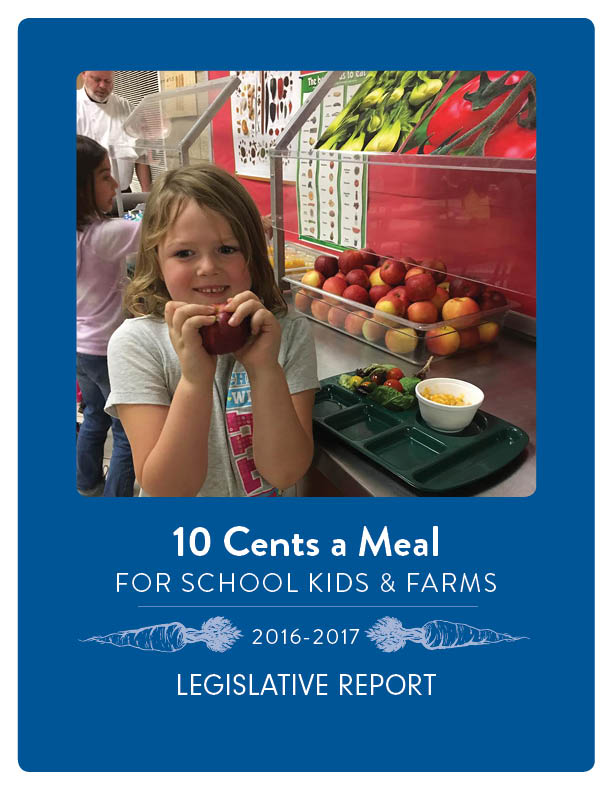 Michigan’s 10 Cents A Meal pilot program is providing schools with match incentive funding up to 10 cents per meal to purchase and serve Michigan-grown produce to an estimated 48,000 students in 16 grant-winning school districts.

A mid-pilot report from the Michigan Department of Education shows that many school children are being introduced to new fruits and vegetables as a result of this funding, and the program is investing in Michigan’s economy and jobs at the same time.

“We believe the timing was right for this pilot, and for potential expansion next year, because schools are serving a greater variety of fruits and vegetables and that is exactly what Michigan farmers grow.” – State Superintendent Brian J. Whiston

Project Description and Goals: 10 Cents a Meal for School Kids & Farms (10 Cents) is a pilot project to:   • Provide schools with an incentive match up to 10 cents per meal to purchase Michigan fruits and vegetables.  • Improve daily nutrition and eating habits for children through the school setting.  • Invest in Michigan agriculture and related local food business economy.  • Implement a $250,000 pilot program with $210,000 for school food reimbursements.CONTINUE READING