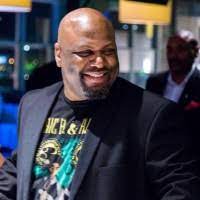 Party with a Purpose
Fundraiser for A City Within A City Documentary Film Project.

Maybe you’ve made it partway through Dr. Todd Robinson’s famous dissertation A City Within A City: The Black Freedom Struggle In Grand Rapids, Michigan and wished you had a film to see instead. 616 Day! is the official launch of the Indiegogo crowdfunding campaign to support the making of this historic film. Major funders and many collaborators have stepped up, now it’s your turn to get on board. Log on to the campaign at this event [igg.me/at/acwacfilm], or join up on your own anytime on or after Launch Day.

The A City Within A City Documentary Film Project will also be providing training and development opportunities for apprentices and industry aspirants through our newly formed community-based nonprofit incubator, the Grand Rapids Media Initiative & Film Incubator (GR-MiFi)–Grand Rapids’ answer to Hollywood’s overdue call for Black & brown filmmakers and others locked-out of the film industry and for media professionals where they can have an on-ramp for opportunities. GR-MiFi is here for burgeoning creatives and for teaching, learning and advancement opportunities within the media, film and entertainment ecosystems. GR-MiFi will also focus resources on helping frame dynamic stories and narratives with many different talented writers and diverse artists from the Grand Rapids and West Michigan area.

So, come on out and celebrate 616 Day! and see the teaser for the documentary film, meet the producers, and hear from many of the Grand Champions of diversity, equity & inclusion- – – or pledge to be one yourself! Tickets at www.eventbrite.com/e/616-day-tickets-157737393791

Sponsorship and engagement opportunities are ongoing—get on board!