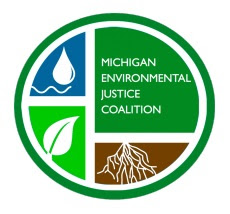 On January 11th and 12th, Senate Bill S.B. 103 and House Bill H.R. 482 (the “Bills”) were introduced respectively by Sen. Mike Lee (R-UT) and Rep. Paul Gosar (R-AZ) in the Senate Banking, Housing, and Urban Affairs Committee and the House Financial Services Committee. Being mirror images of one another, both Bills are an outright attempt to disempower the U.S. Department of Housing and Urban Development (“HUD”) by rolling back necessary protections of the Federal Fair Housing Act (“FHA”) by “nullify[ing] certain regulations and notices of the Department of Housing and Urban Development, and for other purposes.”

Among the numerous detrimental provisions, the Bills call for the defunding of Federal programs that provide access to housing data for States, local governments, and public housing agencies regarding “community racial disparities or disparities in access to affordable housing.” The specific language is as follows:

“Notwithstanding any other provision of law, no Federal funds may be used to design, build, maintain, utilize, or provide access to a Federal database of geospatial information on community racial disparities or disparities in access to affordable housing.”

While the Bills purport “to further the purposes and policies of the Fair Housing Act,” by giving State and local officials more control over housing decisions, this assertion couldn’t be further from the truth. Sen. Lee and Rep. Gosar make walking-contradictions of themselves and an oxymoron of their proposed Bills by implying that the best way to enforce the Fair Housing Act is to actually create financial barriers to accessing data that clearly informs whether housing decisions are in fact “fair.”

States, local governments, and public housing agencies in the U.S. have a long, well documented history of housing discrimination when it comes to racial minorities. This is the very reason why the FHA exists today. Yet, the Bills would strip housing officials of Federal resources and then turn the reigns back over to them –suggesting that they are now better equipped to enforce the FHA. This simply cannot happen.

As fair, affordable housing is an essential component of Environmental Justice, we are calling on our representatives in the U.S. Senate and U.S. House of Representatives to reject the notion that States’ sovereign powers are somehow boosted by defunding Federal housing databases that are meant to protect vulnerable citizens and communities. Reject this notion by voting no when the Bills come up in Committee and making sure that they never reach the chamber floors.